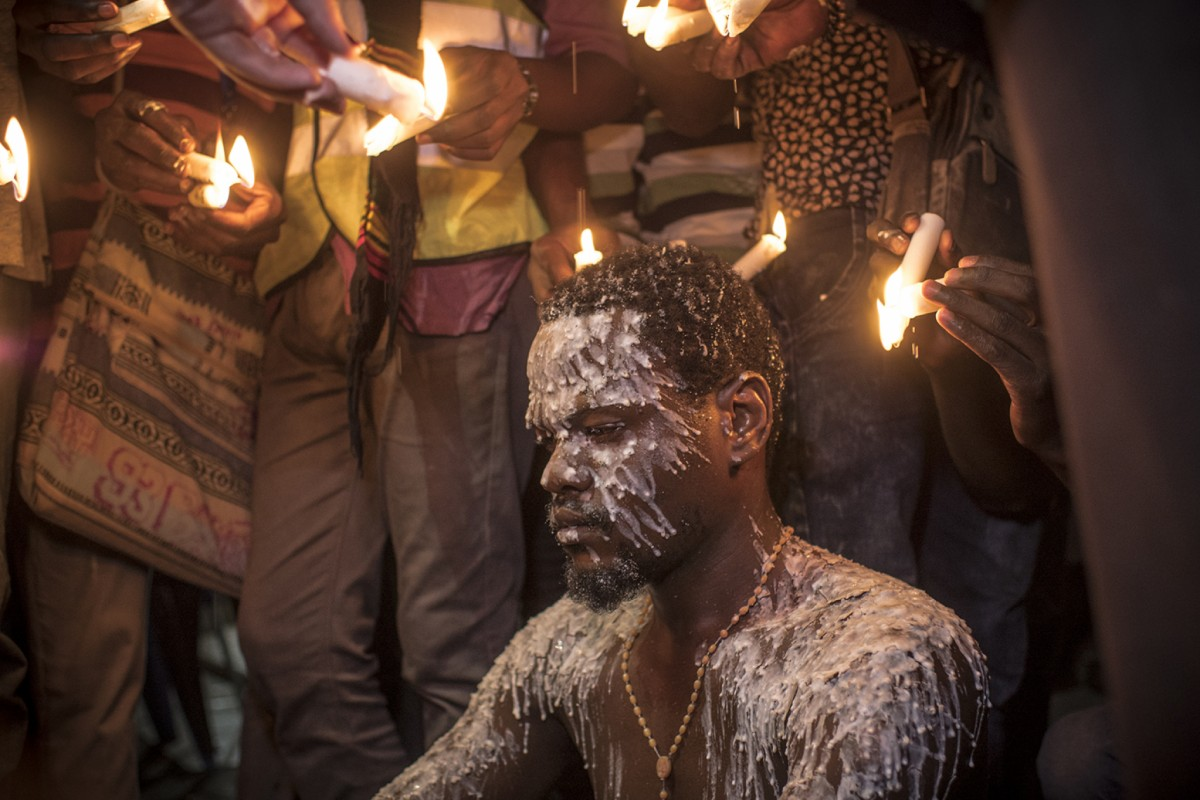 As often happens, starts mellow and joyful but gets darker and heavier.

There is a constant stream of really great music coming out of Africa right now - fresh, innovative and great to dance to. This episode features a lot of stuff from Mali, plus some of the usual suspects from DR Congo, Malawi, Uganda etc.

Broadcast on Dublin Digital Radio at 7pm on April 28th 2019

We start with something beautiful from Tamboura Jazz. Their album is part of The Lost Maestros series on the Mieruba label - something I stumbled across recently. The information available about this project is a bit thin - its aim is to release music by older Malian artists who are in danger of being forgotten.  There is a Facebook page plus an article in French which usefully links to all the other Bandcamp releases in the series with some background on the artists. This label will probably feature heavily in coming weeks.

The Midnight Ravers track Guinguin (the first of two) is a really rare example of a live instrument and electronics working well together. This group consists of three French and three Malian musicians. The kora is played by Madou "Sidiki" Diabaté, of one of the great kora families of Mali. I really like how the electronics are layered around the kora melodies and how the beat weaves in and out of the flowing chimes. So many times European ideas for how to integrate musically with an "ethnic" tradition go no further than layering a 4/4 beat over a sample. It takes a deep listening and understanding, not to mention real musicianship, to do something that joins the two very different traditions as well as we find here.

I also highly recommend the Facebook video showing the band and Sidiki hanging around together on the street in Bamako city.

The other Midnight Ravers track - Dabora - features MC Waraba & Mélèké Tchatcho - "the most seen MC’s in Bamako" the Bandcamp page assures us. Also featured is a track of their own - Ana Ban. Both these acts have releases on the Blanc Manioc and Jarring Effects labels, both from Lyon.

Also featured in this show from Blanc Manioc is the French producer Praktika with a sort-of remix of the track Salia by the Malian "ngoni-rock" band BKO who will probably feature on this show in the near future. Until then here's a video of BKO...

After doing a show dedicated to Soukous I was contacted by a nice bloke from Sweden called Karl Jonas Winqvist who runs the Sing a Song Fighter label in Stockholm, which I'd been vaguely aware of for doing a release by Gaspar Nali. Turns out he has two new African releases just out - an ep from the Swedish based neo-Soukous act Dekula Band and an album from the Malawian group Madalitso Band who share a raw, almost acoustic punk sound with Gaspar Nali. There are a couple of older African releases on this label that are on the long long list of things to check out.

It's very gratifying that my favourite African artists oblige by keeping up a regular stream of new releases, this last week or two alone bringing us new tracks by the amazing KOKOKO!, Art Melody - who I reckon is by far the best rapper in Africa right now, and the wonderful Tshegue.

The Art Melody track is from a new album due out later this year. His previous ablums - Moogho, Wogdog Blues, Waga 3000 (with Joey le Soldat) and Mabiisi (with the kologo player Stevo Atambire) have all had some really outstanding moments, so I have high hopes.

The video for the Tshegue track is well worth checking out - daredevil rollerbladers doing insane stunts on the streets on Kinshasa.

The way things are at the moment pretty much every episode features Hakuna Kulala and related artists unleashing an uncompromising stream of hard hitting tribal electronics. This week we have three tracks in the show...

First up is a remix by Don Zilla, Hakuna Kulala house producer, from the I (Remixed) album by STILL. The track Banzina from the original album featured on this show recently. Then we have a track from the brand new MBv5 ep from the Congolese MC's Will'stone and Le Bon and the French producer Debmaster, who is a HK regular. And we finish with a track from the Tuli Banyo ep from the Ugandan MC’s, Ecko Bazz & Biga Yu

And while we're on the subject of Hakuna Kulala, it was very gratifying to hear that Slikback has just done a tour in China - it's great to see someone take off so fast, especially since the music is quite uncompromising. It's also gratifying to see links being made between the underground electronic scenes in Kinshasa and Shanghai. Shanghai's SVBKVLT label has featured heavily on this show in the past, for the same reasons that HK is a perennial favourite - they both feature very intense, percussive, uncompromising music that manages to engage with "native" sounds and rhythms while also being very forward looking. The parallels between the scenes is discussed in this article which also features an interview with Slikback. Other interviews here and here.