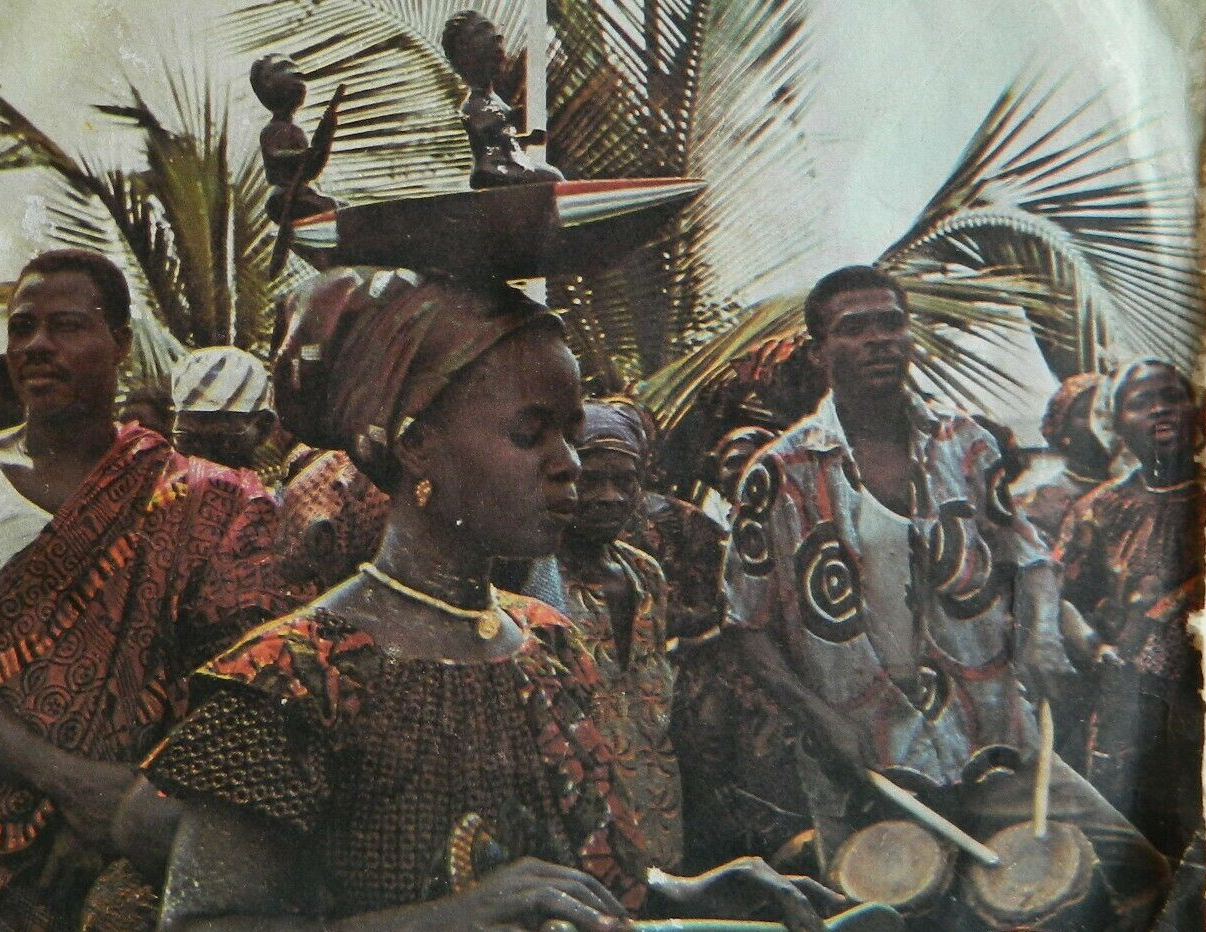 Vinyl mix of mostly soukous and Congolese rhumba from the 70's and 80's - some of the most joyful music imaginable.
Plus a short guest mix at the end from Gabi.

Broadcast on Dublin Digital Radio at 7pm on March 17th 2019

West African forms like Afrobeat, Africa funk and Highlife have become very popular in the English speaking west, soukous and related styles less so - I believe that they are more known in Francophone countries - probably for historical reasons.

Soukous originated from Congolese Rhumba in Kinshasa and surrounding regions in the 1960's, and became very popular across much of Africa in the 1970's. The guitar sound in particular is for many people very distinctively African. There is a huge trove of this music on vinyl that is almost unknown outside Africa - some got a release in France, but even then only in small quantities. This is a real pity because there is some wonderful music from this era - even if the quality of the recordings is not always what you would wish. In the 1980's soukous became influenced by what was going on in European and American pop music. Many of the recordings are better produced but a more plastic sound crept in which to my ears mostly does not live up to the output of the 1970's. Still, there are some really banging tunes for dancing from the 80's which hopefully will feature in a future mix.

We start with a beautiful tune from Orchestre Surprise Los Angel - Tata Nkento, and also the B-side Ba Mbanda Songi-songi. This is an absolute classic 7" from 1971. Someone thought it was a good idea to write their name on the cover of this 7" - it's a real pity because it's an otherwise beautiful cover.

This single is one of a series of 7" from the early 70's on the African label that all have the same aesthetic - it was a French label pressing Congolese singles for re-export to Africa and (in small quantities) for distribution to communities of African diaspora around Europe. Information is hard to come by, but the covers are all beautiful photos of African life. The main picture from this post is from the Orchestre Empire des Bakuba 7", which is another outstanding example of cover art in the series.

Next is another classic, this one from 1981 - the original version of Shauri Yako by Nguishi N'Timbo avec L'Orchestre Festival de Zaire. Super Mazembe Orchestra had a massive hit with this all over East Africa in the mid 80's - I believe it even got a release on the Earthworks label in Europe. But for my money the original is sweeter and better.

Orchestre Empire des Babuka and Emeneya Emerite are both classic examples of the 70's output of the Editions Veve label from Kinshasa. This was owned and operated by the legendary Verckys - band leader, musician, composer, manager, producer, entrepreneur. (The Emeneya Emerite album was produced by him.) The man is a kind of James Brown of African music, in terms of his influence, prodigious output, quality of work and innovation. In fact Verckys et l´Orchestre Vévé supported James Brown in the famous concert that took place in 1974 in Kinshasa to support the George Foreman/Mohammed Ali Rumble in the Jungle. There is a picture of James Brown and Verkys together on stage floating around the internet. I can find no information about this and no recording appears to exist, which is a great pity.

For music by Verckys check out the excellent compilation on Analog Africa.

The track by Sweet Sounds International Band of Ghana is an unusual mix of Soukous and Highlife - it works very well and it would be nice to find more like it.

We finish with a guest mix by Gabi:

Huun-Huur-Tu play Ireland next July - Dublin on the 17th, Cork on the 20th.

Hedningarna (Sweden) and Gjallarhorn (Finland) are great examples of 90's Nordic folk rock - there is a lot of good stuff that isn't really known outside Scandanavia.

We finish with the Boban & Marko Marković Orchestra.